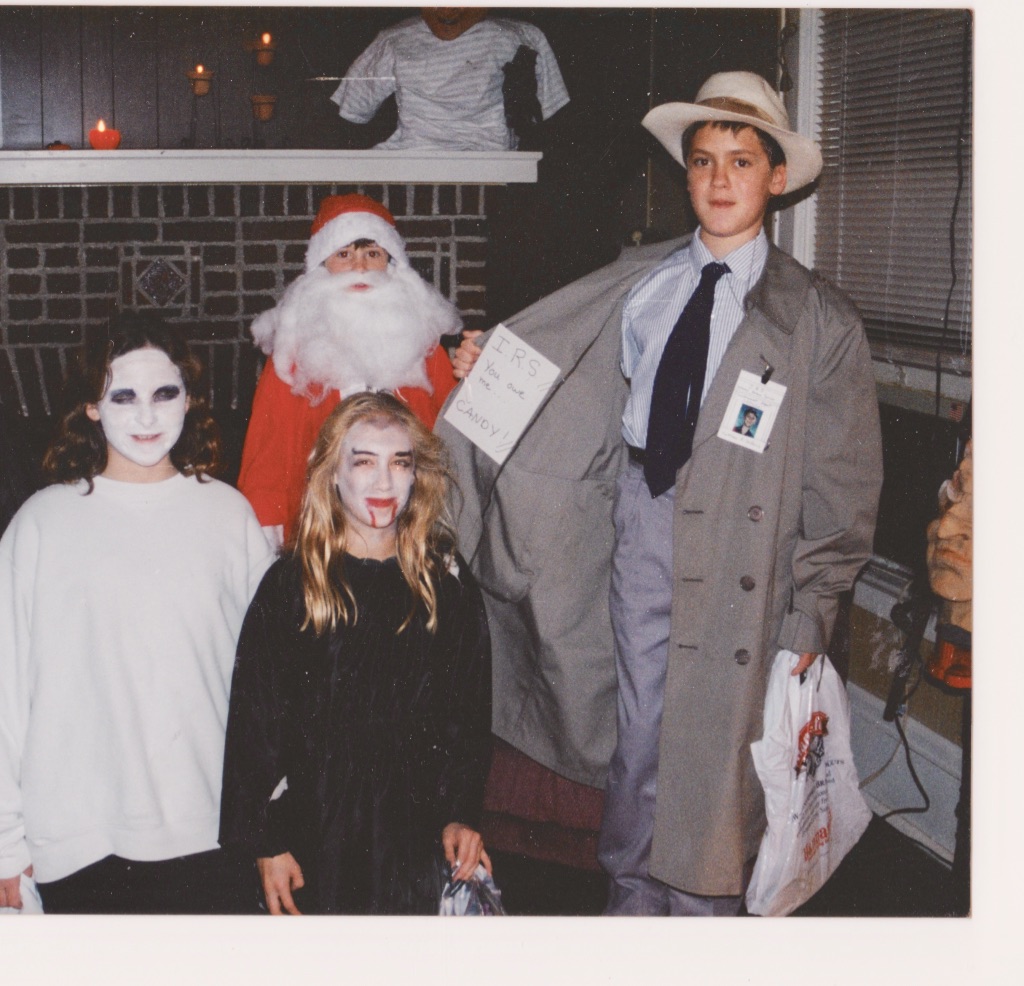 This may look like an ordinary Halloween photo of some kids. But that October 31st was anything but ordinary.

It was six days after his brain tumor diagnosis, three days before his brain surgery. He looks perfectly healthy, but his tumor had robbed him of many of the qualities that made him the bright, active child he had been since birth.

Leave it to this child to choose as his costume, not the usual ghost or ghoul, but an IRS agent. He birthed and implemented the idea, wearing his school uniform, my husband’s trenchcoat, and a borowed fedora. At the doors of unsuspecting neighbors, he opened his trench coat to reveal a sign that said:

That was Matthew—so clever, so smart; even as his brain was under assault.

As I look at this picture, I want to reach into it and wrap my arms around him and tell him I’ll protect him, that it will all be okay. I want to cradle his poor head and kiss his cheeks and tell him that, yes, he will become a smart, engaging, independent adult, no matter how much it may seem like that day will never come.

I want to tell him I’m sorry for not fighting harder for him in three years the tumor went undiagnosed.

DUring those three years, as the tumor gradually and insidiously changed who Matthew was and how he functioned, it could not destroy his essence. It came close, and it almost took me out as well, but we survived.

Fast forward twenty years, and that smart, engaging, independent Matthew is now 31; he wrote about his experience and that Halloween here.

And I’m working on a memoir about how ill-prepared I was as a mother and as a person for such a battle.

Just like Halloween, the story is dark and scary and creepy, with a sweet, sweet outcome.

More Sharing...
Posted in Brain Tumor, Motherhood, Writing and tagged diagnosis, Halloween
← Laughing at the selves we create.I've cut back on blogging. Have you missed me? →