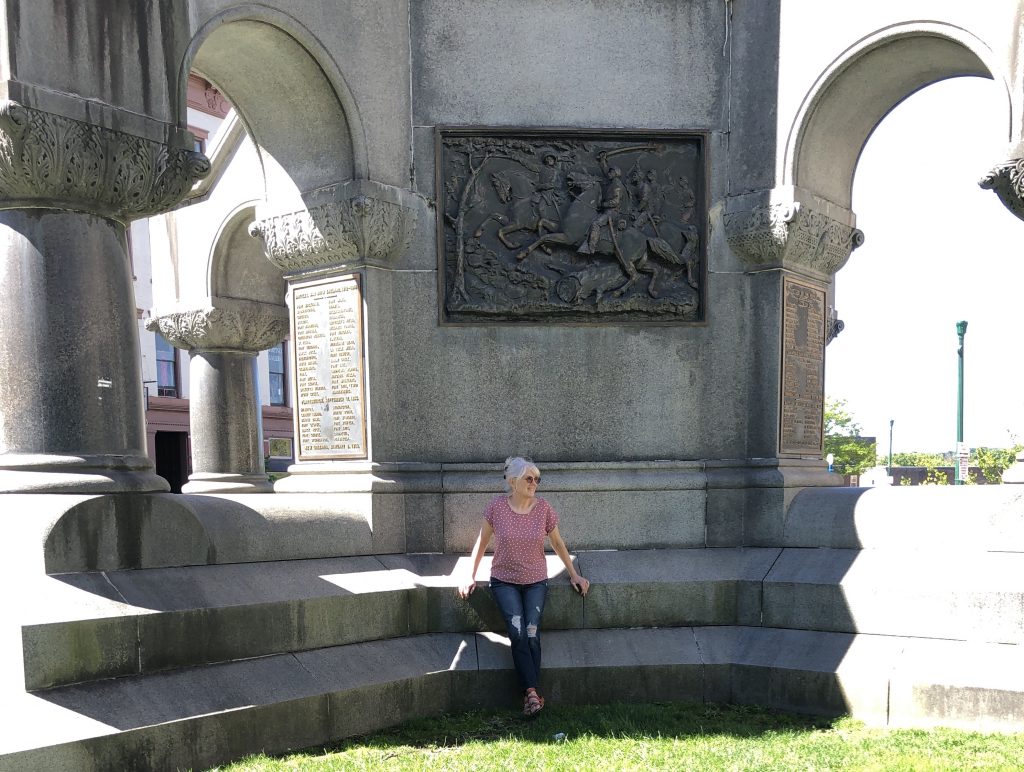 I had an interesting exchange on Facebook recently about personal accountability, and I’d love to hear your thoughts about it.

I’m in a private group for Recovering People-pleasers. (There’s a Facebook group for everything isn’t there? If you’d like to know more, reply to this email.)

A group member—I’ll call her Jane—posted that a close circle of friends had excluded her from a party at which everyone received an inscribed gift. The friends then plastered social media with pictures of the party and the gifts. It seemed clear to Jane (and to me) that the group intentionally ousted her, and they wanted her to know (in a passive-aggressive way, if you ask me.)

Jane asked for advice about how to respond.

I rarely give advice unless it’s requested, but since Jane asked, I started working on a reply. I was going to suggest that she mourn the loss of her “friends,” and then move on, as it was clear they didn’t value her friendship.

Before I had a chance to hit “post,” another member—I’ll call her Sue—replied with a much more direct and assertive suggestion. Sue suggested Jane contact one of the friends and ask upfront why she had been excluded.

It was an aha moment for me, and immediately, my planned reply seemed lame. It was way too victim-y. I realized I had stooped to my people-pleasing fallback–to avoid confrontation, walk away, accept whatever people dish out. As much as I’ve grown in standing up for myself, avoiding conflict is still my default response to the world.

As a people-pleaser, avoiding conflict is my default response.

In contrast, Sue’s reply felt empowering. It held people accountable for their actions, a position I’ve not often taken in my life.

Personal accountability is the impetus behind my memoir. When I looked back on the saga of my son’s brain tumor, diagnosed over twenty years ago, I realized how much my people-pleasing hindered me from fighting for him. It was and is a horribly humiliating awakening.

I realized the only way to make sense of what happened was to hold myself accountable for my actions, or lack thereof. Doing this in a very public way–here, in my other writing, and especially my memoir is how I will finally overcome my people-pleasing. And I know that others who read my truth and see themselves in my story will experience their own accountability, and grow as well.

Holding myself accountable for my shortcomings required me to hold others accountable, too. My intent wasn’t and isn’t that anyone would change their ways or apologize, as that’s not within my control. And I don’t expect that someone else will see the story the same way as me. My purpose is to acknowledge how someone’s actions, words, and/or attitude impacted me and my story.

It’s a sign of respect for my self, showing that I had confidence in calling out the Emperor’s lack of clothes.

Confronting others about their behavior is hard for people-pleasers because it carries the risk of rejection. It’s less scary to pretend negative things don’t happen.

A friend excludes you from a party? Pretend you didn’t know and don’t care.
A romantic partner ignores you? Ignore it.
A colleague fails to complete their part of a project? Do their work for them.
A boss passes you over for a promotion? Lick your wounds in private.
A doctor fails to return a call/order a test/identify a serious diagnosis? Don’t make waves.

What we fail to see, however, is that being accountable–owning our truth–is a path to personal growth. Only when you’ve named the problem can you fight the problem. And opening up an awkward conversation may lead to new insights for both parties. It’s another opportunity for growth.

Being accountable is an opportunity for growth.

In the Facebook group, Sue suggested that Jane invite a member of the inner circle to coffee, talk about what happened, and explain how it made her feel. It would be gentle, caring accountability.

Once my conflict-averse floodgates were open, however, I imagined Jane calling one of the “friends,” and demanding to know WTF was going on. Sometimes, being all nicey-nice just doesn’t work. Often, though, aggression backfires.

I ended up posting my initial comment in the thread with a caveat that I changed my mind and liked Sue’s idea better.

Jane didn’t report back to the group, so I don’t know how she handled the problem. But I’m curious what you think.

Speaking of my memoir, I’ll be sending an update in my quarterly Newsy Letter soon, which includes book recommendations, and an embarrassing (G-rated) photo with a fun or funny personal tidbit about me. Wouldn’t you like to be in-the-know? Just scroll down or over to find the “Subscribe via email” box. If you can’t find it, click here. (If you’re already subscribed, don’t worry, I’ll weed out duplicates.)