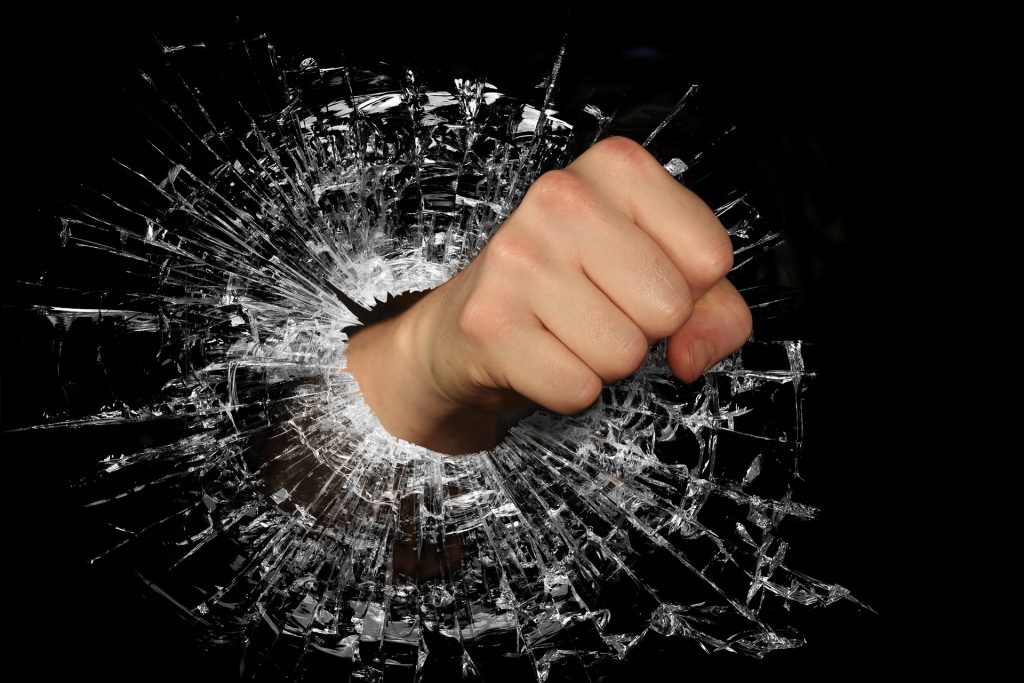 In this post, I shared Part 1 of my story.

I explained that my husband and I gave explicit instructions to an electrical contractor about where a new wall switch should go, but for whatever reason, the assistant knocked the hole in the wrong place.

I didn’t yell or make a scene, and I have no regrets about that. There are times when it’s appropriate, even preferred, to keep a neutral stance. But it was my failure to act even slightly annoyed that bothers me.

My people-pleasing ensures that no one feels bad–No big deal! Don’t worry! I hate when that happens!–except me.

My people-pleasing is an act to hide my anger. And when I do that, when I stuff down my negative feelings, it feels disrespectful to them–to my feelings–and to myself.

My people-pleasing got the better of me the next day, too.

Part 2 of the story:

The day after the hole-in-the-wall incident, “Ed,” the contractor showed up, and I pointed out his assistant’s error.

“I can fix it, but what can you do for me?” I asked, hoping to get a few bucks knocked off his bill. (Yay me for asking! Even that is outside my comfort zone.)

“You want me to pay you to fix it,” he said, staring me down with his chest puffed out. It wasn’t a question, it was a statement dripping with arrogance.

“We explained why the hole shouldn’t go there,” I said, “but there it is. And I’ll fix it, but I’d like you to take something off your bill for it.” (Yay me!)

“You want me to pay you to fix it,” he repeated, his eyes and body as rigid as a two-by-four.

What I wanted to say, what screamed in my head was: “YOUR GUY F***** UP AND I WANNA KNOW WHAT YOU’RE GONNA DO ABOUT IT.”

People-pleasers DO get angry

Not all people-pleasers are in touch with that anger in every situation. For me, I sometimes can’t access that negative feeling–something feels off, but I don’t know what’s bothering me–until hours or days later. In other situations, I feel the burn, but my fear of conflict and need to please keep me from speaking up.

Feeling the burn–knowing I’m mad–is growth. Acting appropriately on it is still my challenge.

I didn’t voice that nasty thought in my head. I suppose that’s another “yay me.” On the other hand, the male electrician I hired acted rudely to me, using intimidating body language, in my own home. Had I returned his rudeness, I would have been justified.

I don’t remember exactly how I replied, but the contractor finally offered not-so-nicely to waive the fee for his visit that day. I thought his offer was monetarily fair, and I wanted to end my discomfort, so I agreed.

So what’s the problem? The incident was resolved, right?

People-pleasers often suppress their anger. They display an absence of action or expression.

The problem is that I disappointed myself–not in what happened, but in how it happened. I choose my words carefully, but there was an absence of expressed anger.

This situation called for me to be angry–not about the hole in the wall, but about the contractor’s arrogance and condescension. He was a paid worker in my own home, and I allowed him to talk disrespectfully to me.

I allowed him to disrespect me in my own home and I didn’t do a damn thing about it.

It’s my inaction that gives me regrets.

So the next time someone wrongfully knocks a hole in my literal or figurative wall, they’d better do it right, or they’ll answer to me.

And the only person I’ll aim to please is ME.