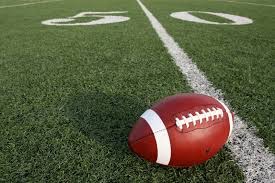 [I posted this two years ago, but tis the season, so here’s an update. BTW – I still had to ask my husband who was playing this year!]

OK, right off the bat, er, pigskin, let me admit that I’m not a huge sports fan.

This is how out-of-touch I am with the Super Bowl scene: as I sat down to write this blog, I had to Google which teams were playing on Sunday. I know, I know, some of you are incredulous. I can’t explain how this has happened. And, yes, I am alive and breathing.

As a native of Pittsburgh, I would know if the Steelers were playing, but if not, I usually don’t pay attention. Anyway, in case you don’t already know, it’s the New England Patriots (again) and the Philadelphia Eagles. And it’s being played in Minneapolis. Don’t ask me why,  but they couldn’t have found a warmer place to toss around a ball?

There will be no big parties for us this year, so Michael won’t have a room full of guys to high-five at every touchdown, or discuss kneeling during the National Anthem, or analyze what happened to the Steelers this year (again.)

Michael will be watching the game with me. He’ll make a big fire in the fireplace, we’ll gather some snacks, leave any dishes left in the sink, and forget about returning phone calls. It will be a nice evening together, but I know I’m not the most thrilling Super Bowl companion.

So here are five promises I made to my husband to help maximize his viewing experience:

1. I promise to figure out which team is wearing what colors, right at the beginning of the game, so when the first big play happens, I don’t blurt out, “Now, which team is that?”

2. I promise that when Michael goes to the kitchen for another beer, I’ll pay attention to the game so when he comes back and asks what happened, I won’t have to answer, “I don’t know – I was looking at the screen but not watching the game.”

3.  I promise that when I fall asleep in the middle of the second half, I won’t be leaning against him on the couch, so he can get up easily when he needs another beer.

4. I promise that when a player doesn’t get right up from a tackle, I won’t gasp loudly and bring my hands up to my face and say things like, “I can’t look” and “I could never be a football wife.”

5. I promise to get in touch with my inner-sports fan for the evening. Even though I don’t get caught up in the Super Bowl hype, there really is a certain beauty when the receiver tears down the field, looks over his shoulder, reaches up, and plucks the football from the air. I hate to make the comparison, but it’s as elegant as ballet.

And when the quarterback throws a perfect spiral right down the center of the field and nails the receiver in the gut–BAM–I get a little thrill even if I don’t know what the score is or who the team is.

The coolest to watch, though, is the way the players drag their toes across the turf when they complete a pass near the sidelines. I’m mesmerized–through every single instant replay.

I’ll do my best to make it a fun evening. I might just enjoy the action.

Hmmm. Maybe I am a fan after all?