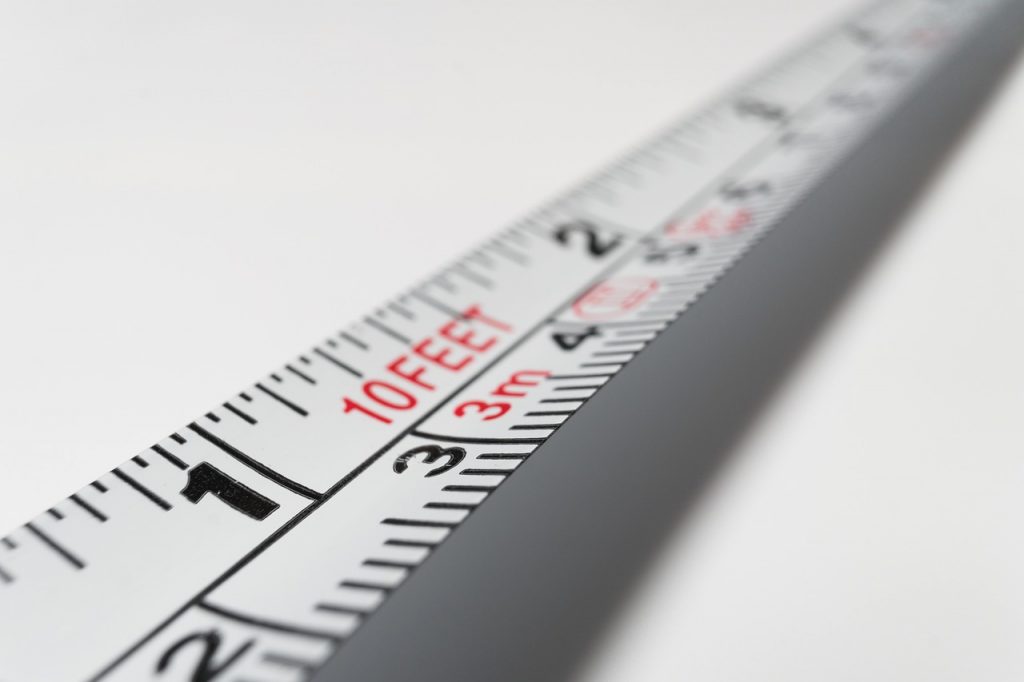 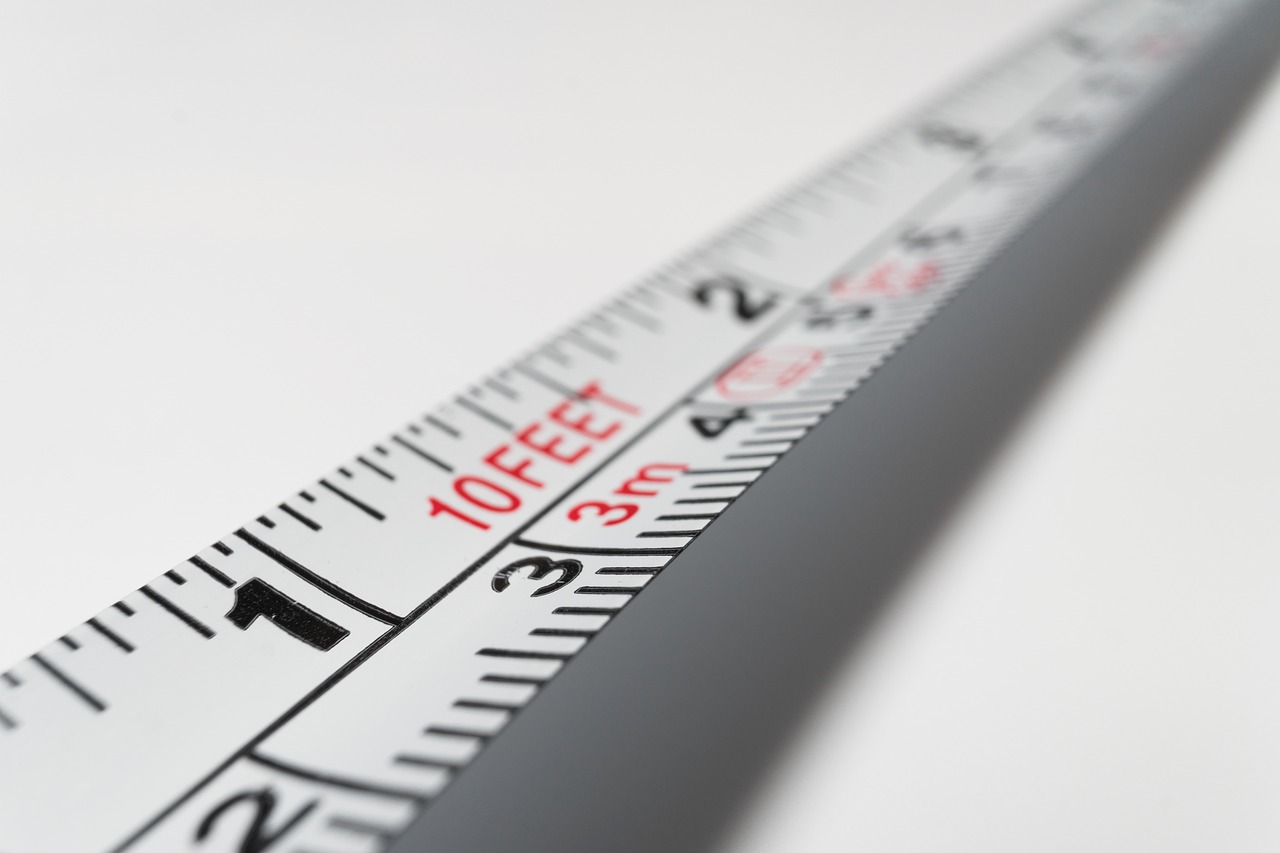 As I’m transferring my blogs from The Well Nested Life to this site, I’m providing updates as needed. This one has a funny story I’ve been waiting to tell.

About a year ago, I wrote a blog threatening to demand payback from my husband for all the times I “held the dumb end of a tape measure,” as my good friend Mary A. later called it.

My husband Michael is a jack of all DIY trades but master of few, so he takes his time measuring and calculating and redrawing and unscrewing screws that he just put in, while I hold the tape measure or  flashlight or box of washers.

And then he measures and calculates and redraws and fixes mistakes, while I hand him the pencil and the drill and sweep up sawdust.

And then he measures and calculates  …

I’m proud to say that, to date, I have not actually pulled out a single hair on my head. Or his.

I’m happy to help him; after all, I also benefit from new basement stairs and a deck and outlets in the kitchen counter. His finished products are sometimes pure genius (he is an architect, after all) and they always help to make this home a bastion of convenient livability.

However, I wasn’t sure Michael really understood my frustration, hence my threat to retaliate—by making him come to the fabric store with me and watch helplessly as I sewed living room curtains.

Since I posted that story, which you can read below, there’s been a sequel:

I decided I was not master enough of the curtain-making trade to rise to that challenge. Plus, my sewing machine has been broken for several years. But we needed new living room curtains to match our new color scheme, and draperies are expensive, and I am cheap.

So I bought some inexpensive sheers intending to hand-sew them over the existing sturdy but ugly pale-peach drapes (hold-overs from the previous owners). It’s a strange-sounding solution, but I had done it before and it gave the appearance of silk curtains. Really.

I took the sheers to a local seamstress to hem and sew the narrow panels together. When I got them back, I choose a rainy Sunday, gathered my pin cushion and other supplies, and asked Michael to bring up the step ladder from the basement.

Then my brother-in-law called to say a large victorian house nearby was having an estate sale. I told Michael I didn’t want to go—I was about to sew the curtains!

As we’re old-house aficionados, however, curiosity grabbed us by our collars and yanked us through the rain to the estate sale.

There, hanging on the living room windows, were the exact drapes I would buy if I wasn’t cheap. The pinch-pleats, the nubby fabric, the color—kind of goldenrod with a hint of honey.

They’ll be too expensive, I thought.

Fifteen dollars, I was told.

It was meant to be, I decided.

I put away the sheers waiting for me at home, took the goldenrod drapes to be dry-cleaned, then to the seamstress to be hemmed.

On a rainy Sunday, Michael got the step ladder and helped me take down the ugly peach drapes.

Perched on the step ladder with a nubby goldenrod-with-a-hint-of-honey panel, I got one curtain hook in place and my heart sank as I immediately realized my mistake.

I stopped and turned to Michael, standing obediently below.

“Um. Just so you know,” I said, “I think there’s going to be a problem. I think they’re too narrow.”

Before my helper could reply, I added, “If they are too small, I’m not going to even pause. I’m going to take them down and we’re going to put the old curtains right back up and move on with our day.”

Laughing so I wouldn’t cry, I said, “I’m not going to let them claim a moment more of my time than I’ve already wasted.”

Sure enough, they were too narrow, by a lot. I had measured the bottom width, which was plenty wide. But the pleats at the top narrowed the width, in this case by about two thirds.

Devoted husband that he is, who learned in 35 years of marriage that listening is the best way to respond to a frustrated wife, especially one with sharp curtain hooks in hand, Michael didn’t say a thing other than, “I’m sorry.”

We quickly rehung the old curtains, I folded the drapes into a bag, and put the bag in the attic.

The next dreary Sunday, I pinned and sewed up the sheers that look like silk. Kind of.

I still don’t know if Michael understands the frustration of holding up the dumb end of the tape measure because he always gets the smart end. But I was reminded how good it feels to be met with patience and understanding in the face of a screw up on a snow-balled project.

I got my payback alright, as did he, so I’m calling it even.

And I have some lovely, narrow pinch-pleat draperies if you know anyone who’s interested. They’re the loveliest shade of yellow.

Yes, my handy hubby, someday soon you will accompany me to a place that strikes fear into the heart of many a man.  A place that can weaken the knees of the toughest guy.  A venue you’ve managed to avoid for years.

When there’s a lull in our house projects and you won’t need me to hold the plywood or hand you the drill or find the dropped nail, I’ll need you to be my helper for a change.

At the fabric store, be prepared to wander among row after row of bolts upon bolts of compelling colors and patterns.  We’ll do a quick walk-through, then a thorough inspection and comparison of dozens of possibilities.  Then we’ll repeat the process to choose lining material.  You may want an extra cup of coffee that morning.

We’ll need thread, too.  Of the hundreds of colors, it may take awhile to choose just the right one. Oh, and seam tape – that has to match, as well.  I may also want some new pins, needles, and tailors chalk.  Speaking of pins and needles, wear your comfortable sneakers.

I’ll ask your opinion and expect that you’ll have one, but of course, I’m the seamstress, so you’ll have to defer to me even if you really have your doubts.  Practice saying, “I think you’re right, Dear.”

And you won’t complain when I get particular because, after all, when I’m checking your dimensions on a piece of lumber, you’ll often ask me,

“Which side of the pencil line are you measuring to?”

And I have learned to answer without a grumble.

When I am ready to sew, you will sit on the bed next to the sewing machine, holding the fabric so it doesn’t trail on the floor.  It will be a lot of fabric.  And a lot of holding.  You may want to think of some world problems that you can solve while you sit.

Don’t worry, though.  This entire curtain project won’t take too long – it’s just some straight seams after all.  Just a few hours, maybe.

NOT.  It will really take a whole weekend, including evenings.

NOT.  Since I don’t sew that much, it will take several weekends, because you and I will have to rip out some very long seams after it dawns on me that I mis-measured.  Or pinned the pieces together inside-out.  Or cut them wrong.

In which case, we’ll have to go back to the fabric store.

And I’ll want you at my side, dearest Michael, so you can experience the joy of helplessly helping on a mind-numbingly tedious but ultimately satisfying project.

Some couples make beautiful music together.  You and I make handsome and enduring and inspiring house updates together.  And now we’ll include curtains.

I wouldn’t want to do it with anyone else.

[A footnote: I had been providing a link to my original posts on www.thewellnestedlife.com (the blog that I am slowly abandoning), when I update them here. I realized that makes no sense. As long as I keep my stories, there’s no need to have them in two places. Going forward, when I update a blog post here, I’ll delete the original.