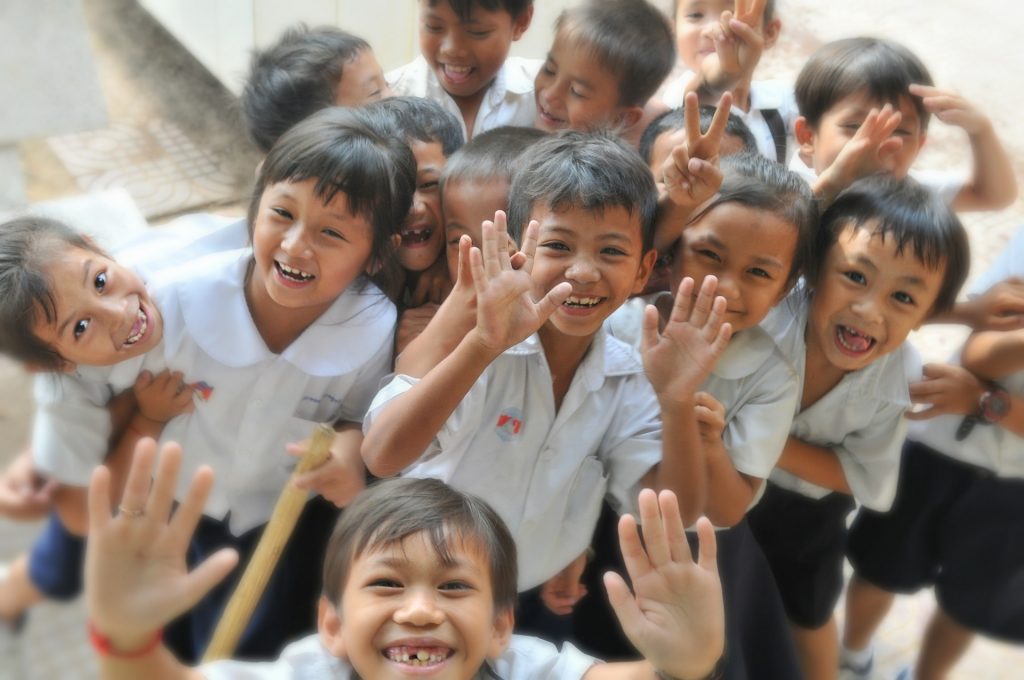 I’m the crotchety old lady who lives at the end of my street, peeking though her curtains and complaining when people disturb her. Hmmm. Not quite right.

I’m the reclusive older neighbor who stays in for days at a time and only sneaks away for brief errands when no one is watching. Nope. Not that either.

I’m the introverted 58-year-old gardener in the brick house who relishes her solitude.

That’s better. “Introvert” describes so much of who I am.

Solitude and neighborliness are sometimes at odds with each other. I do a pretty good job of balancing both, but sometimes I wish I was more outgoing, less protective of my self-made cocoon.

I wish that especially for the three children living in the two houses next to me. I want them to have a fun, grandmotherly type living at my address. I can imagine her:

She would call to the children every time she stepped out into her front yard, invite them over to dig in the dirt and exclaim at how ants tickle when they crawl on you. She would let them chase her around the yard with water pistols. She would take them out for ice cream or read them a book on her front porch.

She would be part of the village it takes to raise a child.

I have exuberant friends who would be perfect for the role. But they don’t live here; an extreme defender of solitude does. On a recent evening, though, I got a chance to redeem myself when I became a Pied Piper of sorts, in a positive way.

Read some interesting background of the Pied Piper.

Even an introvert can become a Pied Piper.

It started when I offered to help a neighbor with her garden. Her nine-year-old daughter wanted to be involved, too. My own two boys, now grown, would have been indifferent to the distinction between a petunia and a potted palm. But this young lady was smart, adventurous, and I was thrilled to have her company.

Miss V and I took a trip to the garden shop, bought some annuals for a planter, and decided to rendezvous after dinner.

I walked over to her place two doors away at the designated time. Passing the house next-door, I saw its five-year-old resident on the front porch. A sweet, gregarious boy, I knew his curiosity would send him scampering over. So I called out to his parents to ask if he could join us and Master L followed along.

It brought me back to my years as an elementary school counselor and classroom educator, a job I loved. I knew all of the 500 kids in my school by name. If I entered the cafeteria at lunchtime, I was swarmed by sticky-faced, gummy-fisted students wanting a hug. I felt like a movie star. It was rewarding work, but exhausting. In time, it sucked me dry.

But on my Pied Piper evening, all the wonderful feelings were back. My assistants and I gathered around the whiskey barrel planter, tools and flowers at hand. Miss V made some design decisions and Masters L and A were each assigned a section to plant. I discovered that, like riding a bike after many years, my skill at reigning in the chaos had never left me.

It was a blast. My husband watched from our porch and said later that he got a thrill seeing me with the kids. Just like old times.

Now that I’ve earned my place as the green-thumbed Pied Piper, I don’t wish that the neighborhood kids had someone different living in my brick house. I seem aloof at times. I’m a loner. I withdraw. But I’m part of the village.

I have gifts to offer that no one else can simply because I am the offerer. Click To Tweet

And in another couple of months, perhaps by the time summer surrenders to fall, I’ll be ready to embrace my inner Pied Piper again.

Left to right: Me, Master A, Master L and Miss V.

More Sharing...
Posted in Gardening, Introvert, Life and tagged neighborhood, Pied Piper
← It was a stroke of genius. (An "ah-ha" moment.)Round and round the seasons. The blessings of a long life with my parents. →